You are here: Blog Busting the Great Myths of Fat Burning 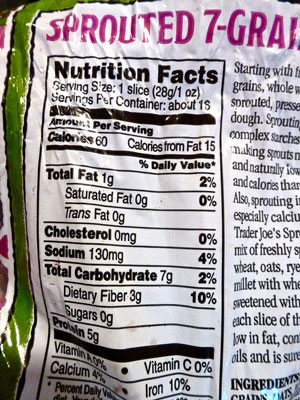 Your body burns either fat or carbs depending on the intensity of your activity. But when it comes to losing weight, calories are calories. You burn fat even when you’re in couch-potato mode. Yet, a lot of misunderstanding prevails.

Get ready to break down some of the myths people have about burning fat:

Myth: The body completely shuts off one fuel source when it turns on the other.

The Truth: What has often been misunderstood by both exercisers and exercise instructors alike is that the body relies on both fat and carbs for energy all the time, albeit in different ratios. In fact, as you sit here reading, you may be burning about 50-60 percent fat and 50-40 percent carbohydrates. (Figure out how your metabolism is working in How to Measure Your Metabolic Rate.)

You’re not using much of either, however, because the amount of calories you need probably amounts to about one or two calories a minute. If you were to get up and start jogging in place, your body would need to supply you with some quick energy to do so, so the metabolism ratio might shift to drawing upon more carbohydrates, say 70 percent, and less fat, say 30 percent.

If you were to continue jogging, then, in order to preserve the carbs (which can run out since you have limited stores in the body), your body would gradually shift its metabolism ratio again to say, 60 percent fat and 40 percent carbohydrates. From an energy efficiency point of view, it pays to be fit. The endurance athlete would be able to make the shift sooner, and his fat-burning percentage might be 65-75 percent.

However, in practical terms this is purely technotalk, and these ratios don’t make a big difference when it comes to losing weight and decreasing your body fat. For the most part, athletes are often leaner not because they might rely on slightly more fat for fuel, but because they practice their sport two to three, or more, hours a day — this burns a lot of calories.

If you had the time, energy, and fitness level to work out three hours a day, being overweight would probably not be an issue. To lose weight, you need to burn more calories than your body consumes and uses every day. Exercise is one main way to burn a lot of calories. But when it comes to weight loss, what matters is how many calories you burn, not so much whether they are fat or carbohydrate calories.

Myth: Exercise done at a low intensity, such as walking, is better at fat burning than other high-intensity activities, like running or cardio activities where you push yourself very hard.

The Truth: In a strict scientific sense, these claims are true because working at a lower intensity requires less quick energy and a higher percentage of fat is burned. But you’ll also burn fewer calories than you would if, for the same amount of time, you work out at a harder intensity (running versus walking). If you’re trying to lose weight, even though a higher percentage of fat is being used, a lower total amount of fat is lost.

Whether increased fat burning will result in actual weight loss is dependent upon several variables, including the total calories burned (which include both fat and carbohydrate calories) and the total fat calories burned. If you do work at a low intensity, you need to increase the time spent exercising to burn more calories.

What matters most is the total number of calories burned. If you burned 250 calories every day from a short, fast jog, you’d see a bigger difference in weight and fat loss than if you walked every day for the same amount of time.

The number of fat calories you burn isn’t that important, because even if you burn a lot of carb calories, these need to be replaced both by the carbs you eat in your diet and also within your body. Your fat stores will be broken down and transformed into carbohydrates when you need fuel. Even if you’re burning lots of carb calories and less fat calories through exercise, your fat still inevitably gets used.

It boils — not burns — down to this: During the same amount of time you don’t use more calories at lower exercise intensities. If you’re trying to lose weight and you have only 30 minutes to work out, you would burn fewer calories walking at a moderate pace compared to walking at a fast pace.

Working out at higher intensities may cause you to burn a lower percentage of fat, but since you burn more total calories, you still use more fat calories. (See Following a Cardio Plan for Weight Loss to get tips on what exercises can help you shed pounds.)

Low- to moderate-intensity exercise can burn a significant number of calories over a period of time. If you aren’t fit enough to push yourself to work at a high intensity, or you have a physical weakness that prevents you from doing so, you can still burn a lot of calories by doing low-intensity workouts for a longer period of time.

Myth: Running, cycling, or other cardio activities are more fat burning once you’ve been doing them for more than 15 or 20 minutes.

The Truth: Technically, once you’ve been exercising for 15 or 20 minutes, your body has made the shift to using a higher percentage of fat for fuel. But again, if you’re trying to lose weight, it’s about the total number of calories burned, not necessarily the fuel source.

For example, say that at rest you burn up to 60 percent fat. When you enter the initial phases of intense exercise, the ratio changes. You may now burn only 30 percent fat because your body is using quick-energy carbohydrates. Once the exercise is sustained, the body switches back to using a higher percentage of fat to fuel the movement (up to 75 percent fat).

In this aerobic phase of exercise, a higher percentage of fat is being used for energy. But if you aren’t working out for a very long period, you may still burn more total calories and, therefore, more fat calories working out harder.

Put another way, if burning as many calories as you can is the best way to lose weight, even a dummy can figure out which activity of the following is going to give the best results (answer: jogging and sprinting), even though their fat-burning quota is on the low end of the ratio.

How to Burn Fat With a Walking Workout

How We Burn Fat | HowStuffWorks

Leave a comment on How We Burn Fat | HowStuffWorks